The Second Vice President of CAF, Mr. Almamy Kabele Camara has accepted our invitation and will attend the General Assembly of our Zonal Union on February 17, 2016 at the Novotel in Dakar, Senegal. 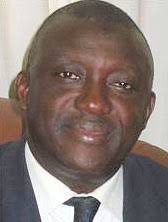 The elective Assembly will elect a new Executive Committee to run the affairs of our Zonal Union for another four years.